When Stewardesses Were Hot and Jets Were Cool .

#1
When Stewardesses Were Hot and Jets Were Cool 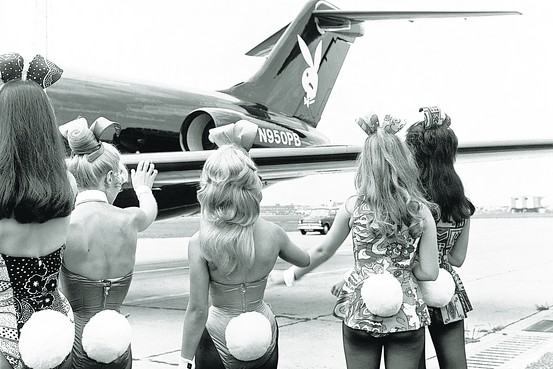 Playboy Bunnies wave as the Big Bunny jet lands in London.
When I was growing up in Chicago I didn't travel much. I started to commute between Chicago and Los Angeles a lot in the mid-'60s. In 1966 I traveled to London for the opening of the London Playboy club. I saw the future when I was in London: The sexual revolution was going on and the miniskirt had just arrived. I decided then and there to get the jet.
I designed the Big Bunny jet to stand out. We considered a bunch of psychedelic colors and then one night I was looking at my limo and I thought, "My limo is black. My plane should be black." Nobody had a black plane at the time. It was like "The Ugly Duckling."
I purchased it in the late '60s and they delivered it in '69. It came off the McDonnell Douglas factory line. I visited the factory two or three times while it was being manufactured. It was a stretch version of a DC-9, meaning it had the capability to go anywhere in the world.

We had to get special permission from the Federal government to paint it black. We got spotlights on the wing tips that lit up the tail so at night all you saw was the iconic rabbit flying through the air. It was a truly spectacular sight to behold.
It was a great toy and it was a great gift to give. I lent it to Elvis Presley to fly to concerts and I lent it to Yul Brynner. When the Vietnam War was ending, he had arranged to adopt a Vietnamese orphan. A lot of them had been brought to San Francisco and their adoptive families were across America. He called me and asked me if it was possible to ferry them to the families who wanted to adopt them. I said yes. The Big Bunny transported about 40 babies. There were babies everywhere on the plane, all being taken care of by the Bunny mothers.
The summer of 1970 was the most memorable trip I ever took on the plane. I went with Barbi, my brother Keith, the Playboy artist LeRoy Neiman, the film critic Gene Siskel, a couple of other friends and a photographer, a houseman and the jet bunnies. We went to London, the south of Spain, Kenya and the Nairobi bush, Athens, and then we sailed around the Greek islands, and then we went to Rome, Venice, Munich and Paris. And then we went home. It was all remarkably easy.

I had never been to Africa before. My only big trip before that was the year before when I had just started dating Barbi. She was filming a German movie so I flew over with her and then we went to London and Monte Carlo.
The jet bunnies were women who were actual bunnies in the Playboy clubs in Chicago and Los Angeles but they were also fully trained stewardesses. Stewardesses used to look like Bond Girls; now they look like your mother. The jet bunnies' costumes were very James Bond-like. There was a black mini dress made of a leatherette material that was very striking, tall boots and a long white scarf with a rabbit. I'm very design oriented, so I had a lot to do with them.
I loved the convenience of the jet. You're not locked into a seat. It was literally a floating apartment with a bedroom, a living room, a dining room and a disco area in the back. I had TV tape machines at both of the mansions. They recorded our favorite programs and you could watch them on the plane. This was before videocassettes.
Once I got the Playboy mansion in Los Angeles in 1971 and settled in, there was less reason to travel. I fell in love with life at the mansion so a lot of the things I enjoyed in traveling I found at home.
When people ask me if I miss the Big Bunny I say "only when I fly."
—In this weekly column, guest contributors share their most memorable travel experiences 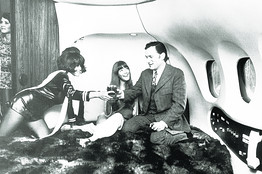 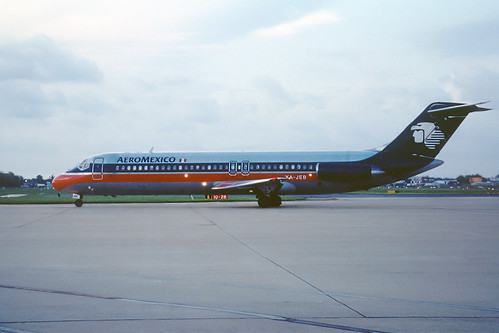