Sent from my XT1585 using Tapatalk

SJI, based in Venice, was an important piece of that strategy. Its role was to handle the marketing and sales effort for Western markets, customization and delivery, training and worldwide after-sales support. SJI was set up with Italy’s Leonardo (then named Finmeccanica) having a 51% shareholding, with Sukhoi Civil Aircraft Company (SCAC) holding the other 49%.

However, the Italian shareholding has now been reduced to just 10%, after the Russian partners bought 41% of the Italian stake for a symbolic €1 ($1.10), giving it a 90% share.

This echoes the situation with SCAC, which was originally set up with the Italian partners having a ‘25% plus one share’ stake, which gave them a say in SCAC’s development.

As of December 2016, however, a Russian company, Sukhoi Aviation Holding, has been SCAC’s sole shareholder, with the Italians having pulled out.
Haz clic para expandir...

The other Western buyer of the type, Mexico’s Interjet, is reportedly also well-pleased with the aircraft and operates it into US airports.
Haz clic para expandir...

Aviation Capital Group has signed long-term lease agreements with Mexican low cost airline Interjet, for 10 new Airbus A320 Family aircraft. These aircraft are from ACG’s order book commitment with Airbus. The first aircraft is expected to be delivered in July 2017. “We are very pleased to have signed this agreement with ACG, a leading company in the aircraft leasing industry. With this agreement, we will have the opportunity to continue our route expansion plan in order to offer our passengers more national and international destinations and frequencies,” said José Luis Garza, CEO of Interjet.
Haz clic para expandir... 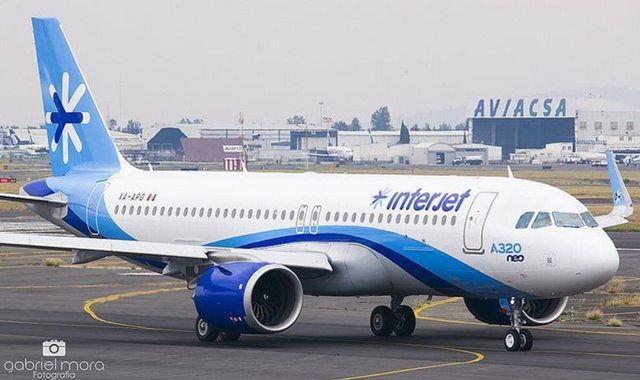