The small plane crash-landed near the intersection of Osborne Street and San Fernando Road at 2:09 p.m., the Los Angeles Fire Department said. The damaged plane was partially in the path of a Metrolink locomotive that collided at full speed with the aircraft’s rear end.

“He’s out of there, they got him out!” people shouted in footage recorded at the scene by a news videographer with OC Hawk just moments after the train smashed the tail of the plane.

Victor Rodriguez said the plane was heading south and approaching the airport runway before it went down. It veered off course, and ultimately collided with several railroad crossing guards.


“It sounded like the engine was completely turned off,” said Rodriguez, 32, who manages nearby restaurant JR Taco Llama. “I looked away and heard a big crash, then looked over my shoulder. And it was like watching it bend and twist in slow motion when it hit the signs.”

The pilot was the sole occupant of the plane, fire department officials said. He was bleeding from a gash on his head, but conscious and able to speak to those who came to his aid, Rodriguez said.

Rodriguez, other witnesses and police were among a group of about 15 people who rushed over to help the man.

Bodycam footage shows two officers lifting him out of the cockpit. They then shout, “Go! go! go!” while pulling him away from the wreck, seconds before the train plows into it.

The pilot was transported to a hospital. No one on the ground, nor any of the 66 passengers aboard Metrolink train 266, were reported injured, Metrolink spokeswoman Janette Flores said.

It was not immediately clear if the conductor was warned about the plane on the tracks before the train hit it.

The aircraft, built in 1967, took off from Whiteman Airport, according to Federal Aviation Administration officials. Its registration is valid through May 2025 and it is owned by a resident of Santa Clarita.

The plane remained on the tracks as of 3 p.m. Sunday. Portions of the plane’s engine and fuselage, as well as broken railway crossing signs, littered the ground around the crash site. A small amount of fuel that leaked out of it was contained by firefighters.

The cause of the emergency landing was under investigation by the FAA and the National Transportation Safety Board.

The train involved in the crash was traveling from Lancaster to Union Station in Downtown Los Angeles. Passengers attempting to take that route were offered bus and Uber rides to their destinations after the track was shut down at the scene of the collision, Flores said.

Further information was not immediately released. 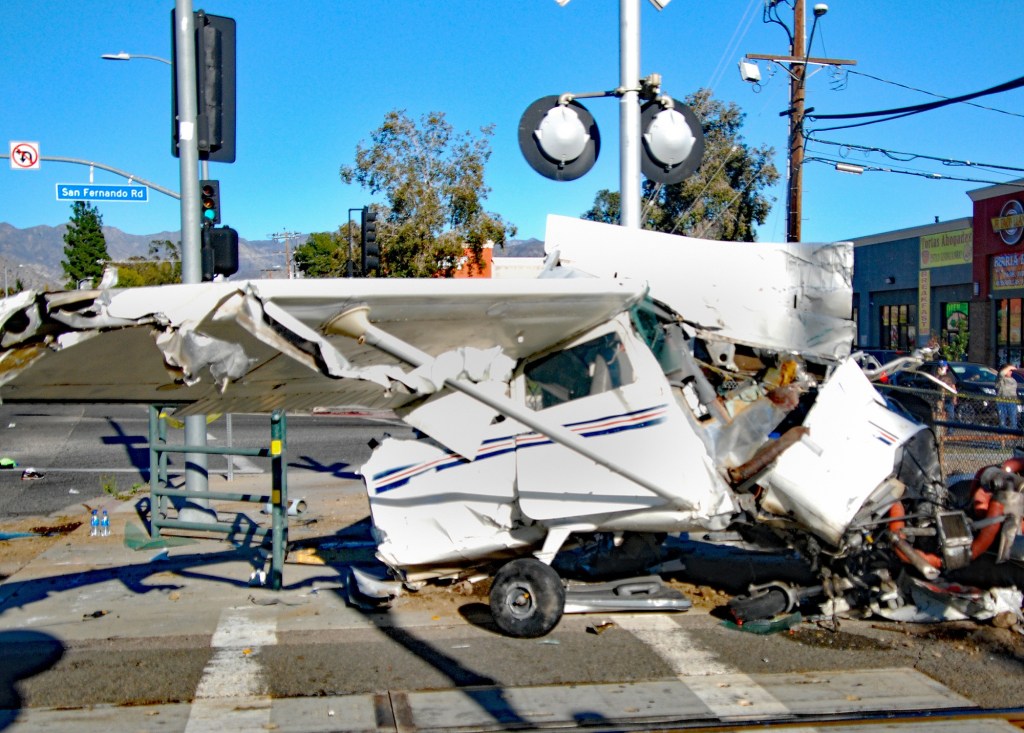 The Cessna 172 crash-landed on a set of train tracks adjacent to Whiteman Airport. 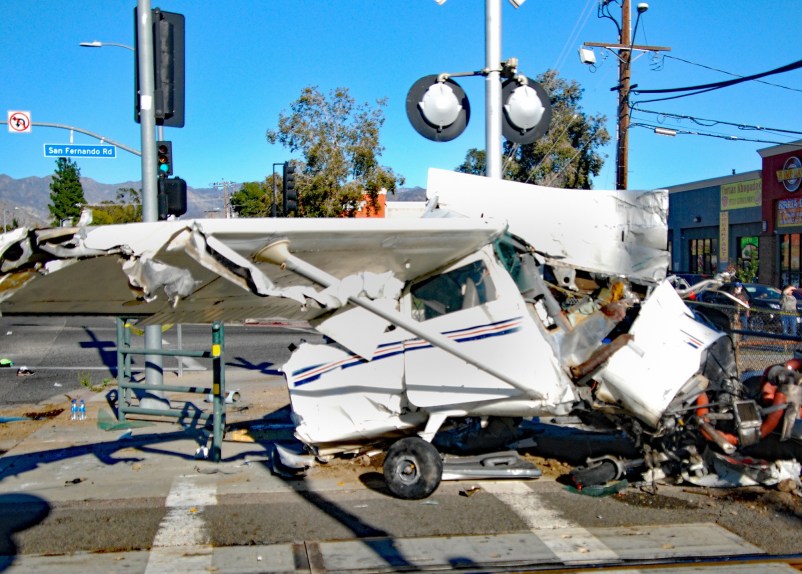 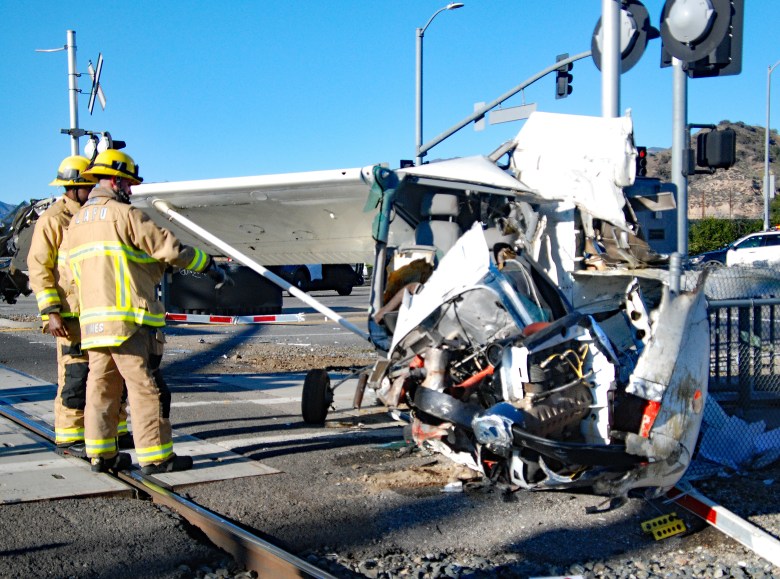