#283
Ya hagan administrador a Mayer
C

Miami, Florida – July 26th, 2016 – Aeronautical Engineers, Inc. (AEI) announced today the fourth order for an MD-82SF freighter conversion from Aeronaves T.S.M. (TSM). The aircraft (MSN 49990) will commence modification at the end of August and will be re-delivered to TSM in early 2017 to fly for the DHL network in Mexico. Commercial Jet’s Miami, Florida facility will perform the modification and maintenance requirements on the aircraft. 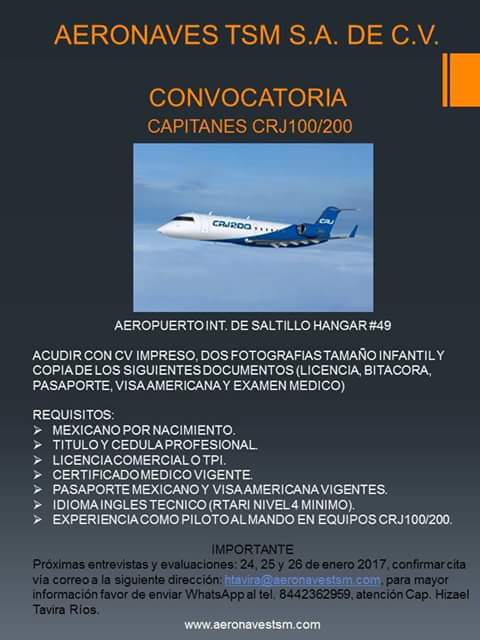